The So-Called Guru Campaign. This item along with ALL JULIAN FRANKLIN PRODUCTS are available ONLY through MakeMagicMoney.com

The So-Called Guru Campaign
A few years ago, Julian Franklin and several of his friends decided to organize an elaborate April Fool’s Day Hoax. It all started with a full-page ad in a magic trade journal, and escalated to a “retaliation” ad (also full-page, in the same journal) then expanded into web sites, “hi-jacked” PDF files, recorded phone calls that were burned to CD, and lectures that were supposedly recorded illegally and then distributed across the country.

“It was a pretty involved way to let people know about an annual workshop I hosted from 2005 – 2009, but it seemed to have worked on some level (though not nearly as effectively as everyone involved had hoped). If you were ever curious about the annual workshop held in Houston each January, but never got to attend, here’s your chance to find out what happened at this $2,500 event. It’s also an education in creative marketing just to see the work that went into this project!

We’ve compiled all the information from this campaign into a single package. You get almost 3 solid hours of information on audio CDs that includes actual recordings made at the 2007 Business Building Workshop as well as interviews of some of the attendees, phone calls, and the disguised voice of the narrator who acted as the fall-guy for the whole thing. It is hilarious at times, but always informative.

The CDs are bound in a collector case that includes actual copies of the full-page ads that ran (the original ad on the front cover, the “response” ad on the back) so you can experience the whole thing.

All this for less than dinner and a movie!”

Having written over 20 books, produced several audio programs, and authored hundreds of published magazine articles, Julian Franklin abilities and knowledge are well renowned around the world, as an authority in marketing, business and educational assembly programs. 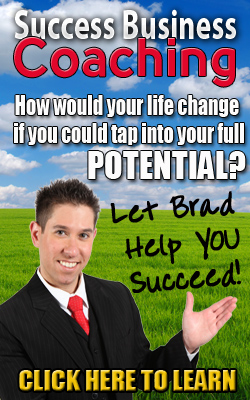